And the next LibDem leader should be...

Do you know what? Call me strange, but I think it's pretty weird that five weeks away from Local and European Elections, there have been a slew of articles (some from people I have a great deal of respect for) engaging in a hypothetical debate about who the next leader of the Liberal Democrats should be.

A few articles have suggested that Danny Alexander is being a shrewd fellow and positioning himself - mainly by going to the papers with a change to Mansion Tax policy and showing a pretty blatant disregard for party process. Another, last night, was from my friend Mathew Hulbert, arguing Tim Farron's case and putting a pretty solid case forward for a leftist leader. Somebody else, I saw, was extolling the virtues of Steve Webb and of course nobody can ignore the recent activities of the Member for Taunton Deane. 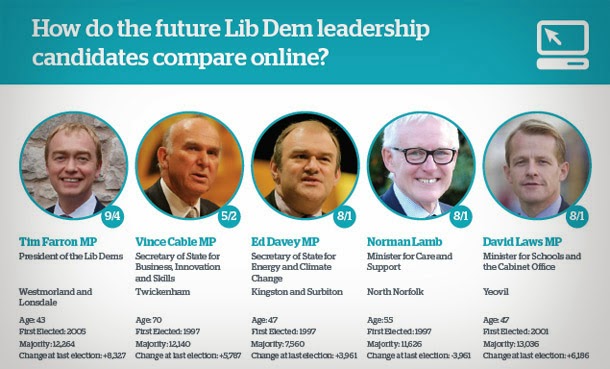 The issue for me, is that this is a debate that doesn't need having. As with all of these things, if somebody was in a position to get rid of Clegg, they probably would have done it by now. The reality is, clearly they're not. Jeremy Browne's book release, which could have been seen as an assault on Clegg from the right was widely laughed off within the party - it's quite clear that his views are niche, even for the right-wing. In fact, rather than improving his position, it probably damaged Browne with most even-minded people in the party who don't like seeing things dragged across front pages.

There's been quite a kerfuffle this morning about this article - where Nick has said that he'd like to remain leader until 2020- and why? Quite clearly, when asked about the leadership, Nick isn't going to turn around and tell the exact truth - that if we're not in Government a leadership ballot will automatically be triggered, because the press would have a field day. On questions like that, Nick can only give one answer if he doesn't want to start another stupid media frenzy - that he's in it for the long haul.

So that's the position we're in. It won't make everybody happy, but it's true. Changing leader this close to an election would do one of two things - it would make us look weak and divided and would lose us votes, or it would make us look like political opportunists ditching the man who's led us through four years of Government - thus losing us votes. For me, changing leader before the General Election is a complete non-starter.

After that? Well, if an election is triggered, we'd be right to have these types of debates. If we enter another coalition? Then we have to react to the situation we're in. What isn't helpful. is having an open debate about who is likely to take over, and who is getting ready to nail down the coffin lid. 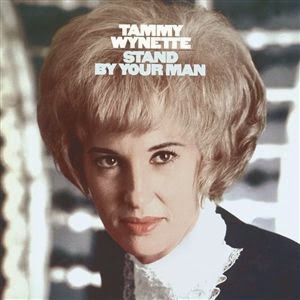 Like Nick, or loathe Nick, he's the leader that we have. I, for one, am proud that he's led our party into Government. I'm proud that he's made sure that people who are struggling now like my Mum did in the 90s won't have to pay any income tax. I'm proud that he's worked with colleagues to make sure that when Josh and I want to get married, we can do. I'm proud that he's tackled the free school meals issue and that he's confronting the scandal that many have ignored - that a child will wake up and go to sleep today in the UK and not have had a hot meal. I'm proud that he's seen the 0.7% pledge on International Aid come to fruition. I'm proud, that whatever the circumstances, he stood up for our position in the world and took on a politician (and *alleged* expenses cheat) that nobody else had the balls to.

Is he perfect? No. But, I promise you, right now, the alternative doesn't bear thinking about.  I'm proud that Nick Clegg is our leader, and so, until the situation changes, I'm going to do a Tammy Wynette and stand by my man.
Posted by Sam Phripp at 03:17