Margaret Thatcher died today. I have to admit, that it feels like a really odd thing to write. When somebody’s health has been in the spotlight for so long, and when somebody’s death has been discussed at length before it even happened, it feels surreal to think that our first woman Prime Minister is dead.

In the past few years, my views on Margaret Thatcher have changed. I still vehemently disagree with her divisive politics. I was a child who suffered thanks to the welfare model which she was so much a part of crafting. I saw firsthand how single mothers were vilified, thanks in no small part to the policies of Thatcher and Major Governments. But, what’s interesting is that whilst a few years ago I hated the policy and the person, lately, I’ve felt more able to separate the two.

For me, the woman who died today was not the same woman. Maybe that’s just my odd way of dealing with it, but this was not the Iron Lady. The woman who died today was somebody who barely left the house, who struggled to walk unaided and who repeatedly forgot that the love of her life was no longer with her. That isn’t the same person who crowed ‘No, no, no.’ across the despatch box. She was a shell of a person, something we’ll all become at some point.

For me, the thing that I’ll remember about today is how tarnished I think things are. We live in a world, where people feel that they can justify being jubilant at the death of another person because of their actions. I don’t agree with very much that Thatcher did. But then, I’m a Liberal Democrat, so it’s hardly surprising. What I do think though, is that here you have somebody who believed so strongly that she was right, that in the end it was her downfall. She believed with such zeal that she had the right answer, that she risked her own neck to make it happen.

We now live in a world where people chase headlines so readily, that last week George Osborne used the deaths of six children to further his political motive. In some sense, I would prefer Thatcher any day of the week, because you know very clearly what she believed, and you make your choice. In a world where David Cameron would pitch his career on a Daily Mail front page, Thatcher should be remembered as a giant.

Over the next little while, I have no doubt that we’ll have an increasingly polarised debate. On one hand, the right wing who will promote her to national treasure status, and on the left, tribalism and unhealed wounds will still be put before basic human instincts.

My one hope is that we can remember that - in a very basic, human sense – today an elderly woman died. Whether her policies made us a less caring society, or whether there is no such thing as society at all – wouldn’t it be fitting that in death, we continue to prove that despite it all, we are people who care, who show respect and who try to forgive.
Posted by Sam Phripp at 09:03 1 comment:

A more LibDem heavy post, this one. Non-anoraks can look away now.

I think my favourite part of any election campaign, is once you're past maybe the second or third leaflet, and you can feel the ground begin to soften. My partner and I have both been selected in winnable seats here in Somerset, and we've been working pretty solidly since September. There is, therefore a really satisfying feeling - after delivering leaflets for the Police Commissioner and a leaflet between Christmas and New Year - that things are starting to thaw out politically, and the messages are getting across.


Today, we delivered a blanket leaflet to two key villages, which took us quite some time. We have a District Council by-election on the same day as the County Council elections, and our candidate Alex Brown is doing really great work. It's starting to sink in, that on May 2nd, we could elect three people under twenty-one in our corner of Somerset. That sends a clear message about representation of real people in Local Government, but it also says a great deal about the Liberal Democrats, and just how much we're down and dying.

This weekend, we gained three new superboard sites, and three new deliverers. Is that the sign of a party about to limp to it's certain death? It really doesn't feel like it.

Of course, there are four weeks to go until May 2nd, and that's a long time in politics. But even this far out, I'm confident that we've given things a fair crack at the whip and we'll have given voters a real choice. I'm not in this for differential turnouts and direct mails, I'm in it to put an offer to people and let them decide.

If you'd like to help Josh, Alex and I win here in Somerset, leave a comment below with your email address, or add me on FaceBook. Great things are happening in Somerset, and it would be wonderful to have more people involved.
Posted by Sam Phripp at 15:39 No comments: 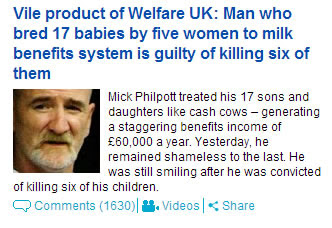 I'm actually not a massive hater of either Miliband. All of the jeering and booing to one side, and deep down, I think you probably have two people here who are nice enough at the heart of it. Yes, we disagree about charging social tenants for spare bedrooms, and yes we disagree about whether a 10p tax rate is better than paying no tax at all, but when it comes down to it, the brothers (do you think the plural of Miliband is 'a Miliband'?) are not Mussolini.

So, Sam, what beef do you have with them? Well, it actually comes down to how I judge all politicians, and it also comes down to why I'm a Liberal Democrat. If a politician from any party truly cares about people, and will work until their dying breath to help people, then I won't stand in their way. Do Conservatives do things differently to Liberal Democrats? Yes, but ultimately, we all care with the same heart. We all try and do good.

David Miliband's resignation last week just consolidates for me what I think is wrong right now. It's all about perspective. If ever I was elected to Parliament (insert as many 'ROFLs' and 'LMAOs' here as possible) then I would be there for one reason - to be a voice for the people that I represent who are voiceless. My concern therefore about his resignation, is that the people of his constituency, who bid for housing every week in full knowledge that they won't get it, who wait for six weeks at a time for a mental health referral, the people of his constituency are left without a committed voice in Parliament. Of course, it'll only be a matter of about five weeks until their next Labour MP is elected, but it doesn't excuse the fact that their old MPs 'public service' tailored off pretty quickly as soon as he lost the Labour Leadership.

I'm not saying that I don't sympathise with his personal grievance. I do. It can't have been easy to lose to a brother who clearly is less able than you, and it can't have been easy to lose thanks to the interference of the Unions who show your party up to be some warped semblance of democracy. But, guess what, it isn't easy for the woman who works three part time jobs to try and feed her kids. The only difference is, she doesn't have another option.

The Miliband Problem, for me, is the fact that our politics has been professionalised and has become a game. Are David and Ed really agitators for their own constituents, or are they just pawns in a wider party political powerplay? The fact that David could resign half way through his time as MP to go and work abroad suggests a real disconnect.

I work in a school, helping students with English. I care about my students, and I wouldn't resign halfway through a term and forget about them. When we reach a point where MPs feel the same way about their constituents, we might be close to making progress. 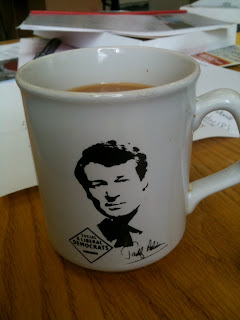 Rather than actually writing a full post here, I should probably just put 'insert awkward first post here' and call it a day.

My intention at this point, is for this blog to consist of my thoughts on current affairs, on my work as a Councillor, and some of my thoughts about our party. Of course, it will probably turn out to be a collection of political ramblings, pictures of things I'm knitting and borderline offensive things that LibDemVoice have rightly refused - but let's keep it above board to start with.

Anyway, so, pull up a chair, 'Follow', or whatever it is they do since Google bought Blogger, and we'll have a merry old time doing it.