I'm going to out myself right now. I'm a shameless Hillary Clinton fanboy. During the 2008 Democratic  Presidential Primary I campaigned online for Hillary and I'm quite sure that there are some pictures floating around somewhere with me wearing a 'Hillary is my homegirl' t-shirt.

That's why I'm so excited that Hill-dogg looks to be eyeing up the White House again. Here's my view on what the self confessed 'Pant-suit aficionado' and 'glass-ceiling cracker' is up to right now, and why I think it all points to 2016. 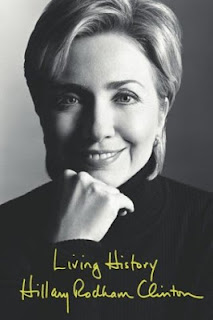 Anybody who read 2003's 'Living History' will have realised that whilst it did cover Hillary's life, it was far more than that. 'Living History' was a five-hundred and sixty-two page election broadcast. Yes, it gave just enough information about Monica Lewinsky and Whitewater - the things that people had a real interest in, but it spent a great deal of time positioning Hillary in a way that Americans could access. Did 'Living History' paint Hillary as a powerful, often bulshy businesswoman, able to hold her own and dig herself out of trouble? No. It painted her as a down-home American woman, doing right by her husband and family. It spoke of how she's living the American dream - working hard and getting on. All of these things have a direct line to people across the US, political or not.

Earlier this year it was announced that Hillary will be releasing another memoir - this time about her time as Secretary of State. Will it be an academic piece outlining the difficulties of diplomacy in a fractious world? I doubt it. It's far more likely that it will be a portrait of Hillary, rolling her sleeves up and getting on with it - like all American women do when it's needed. It's the exact same thing that Thatcher achieved when talking about government in terms of housekeeping. It will place Hillary in that sweet-spot of American politics, capable but not threatening. It will be another exercise in political positioning. 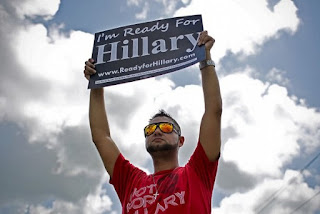 Have you heard of 'Ready for Hillary'? It's a Political Action Committee, an independent body which can fundraise and build networks, without Hillary's consent or support, so that a campaign is ready and in place just as soon as Hillary throws her hat in the ring.

Ready for Hillary have been gathering data from supporters, raking in donations and even sending out 'Ready for Hillary' bumper stickers. The most important one of those, I'd guess, is the data. Hillary won't have any problems gathering donations if she decides to run. The data could win the day. Having great lists of supporters, or at least interested parties, means that Hillary has a direct line to those people who are already susceptible to her message. In 2008 she made great use of it, though was admittedly overshadowed by the Obama campaign - in 2016 she won't be left out. If the data wins the day - Hillary already has a leg up.

Hillary got a lot of press attention back along for the 'Texts from Hillary' tumblr page. What started as a joke about what Hillary might be texting people about, turned into a viral meme, and ended with Hillary submitting her own. It showed not only that Hillary had the 'tech thing' down, it showed that she had a sense of humour. 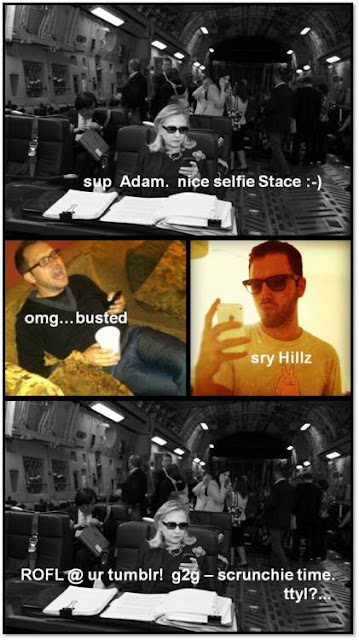 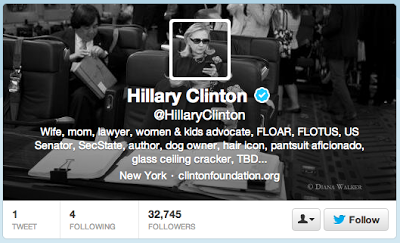 If Hillary's joining Twitter, she's staying relevant, and staying in the public eye. I wonder why she might be doing those things?

Too Small to Fail is an initiative by the Clinton Foundation and Next Generation, who campaign for better opportunities for American children. Who is the figurehead? You guessed it, Hillary Clinton.

There are two strands to this one, first, it positions Hillary very well. Far from being the nasty, scary politician that people came to be concerned about in 2008, it's key message is that Hillary is everyone's favourite Mom. She isn't somebody to be concerned about, she just cares about children.

The second thing it does, is gathers email addresses. As it says, 'I agree with Hillary and Next Generation that our children are too small to fail' - doesn't everybody agree with that? So, sign up, give your email address, and wait for a few emails from Hillary talking about children and why they deserve better chances. It is gold.

I don't know about you, but I have the sense that the speed in which all these things are happening hasn't been left to chance.

Is it just me, or is somebody very carefully remaining in the press, for all the right reasons? Since she left her position as Secretary of State to spend more time at home with her family, she's spent a great deal of time championing specific causes and positioning herself very carefully. Are those the actions of somebody about to retire and eat boiled sweets on the front porch?

I don't think so.

So, that's what I think. What do you think? Leave your comments below.