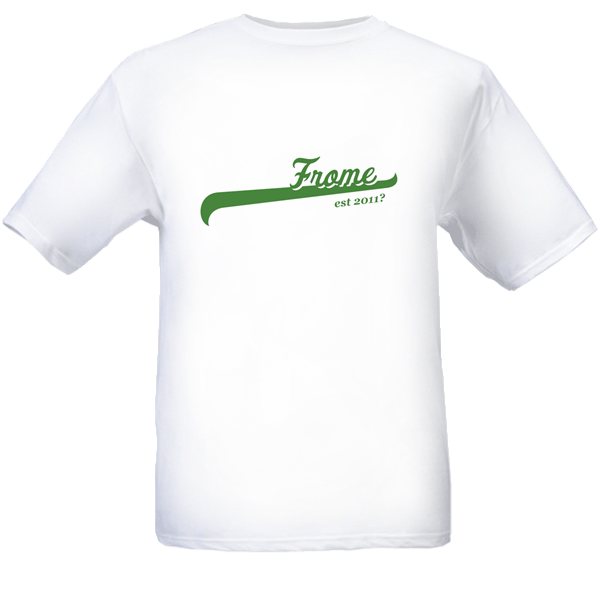 A few days ago there was an article in The Times, about Frome - my hometown. It's one of a few that have popped up over the last couple of years, about the town that I live in and have grown up in, and, largely, the Arts culture and Independent Town Council. The article can be read (behind the paywall) by clicking here.

For those who don't have access the general gist is this. Frome is a really cool place. Some celebrities live in Frome, which is good. It all started in 2011 when the Independents took control of the Town Council. The Town Council is essentially responsible for Frome's continued success.

Basically, whilst it's nice to have articles bigging up Frome, it isn't entirely factually correct. There's a lot of posturing going on, and very little challenging, so, lets have a go.

Frome wasn't founded in 2011. In 2011 a number of things happened. The Liberal Democrats lost very safe control of the Town Council to a group of Independents - the Independents for Frome (the LibDems didn't actually field candidates in every seat - in some TC seats in fact, there were no LD candidates and in one three member ward we had none). On the same day, the Liberal Democrats retained 10 out of the 11 District Council seats with the last one going to a Conservative. In 2011, Frome had it's own Radio Station, it's own online TV outfit, an annual ten day arts festival, a monthly artisan market and an uphill bike race. Frome is a pretty cool place.

However, as with most things, politicians have claimed credit for things that really didn't have much to do with them. We're all guilty of it to some degree. I know of politicians who would claim to be the godparent of the Artisan Market because they once bought a bracelet from a stall at it. Almost all of the things I've linked above, and a lot of others, happened because normal, unelected people got off their backsides and made them happen. Yes, various politicians have helped with funding. The Liberal Democrats funded lots of them, and the IFF fund a lot of them, the Tories have been arguing against funding almost anything for years. So far, so good.

What I find endlessly bloody annoying is the fact that there's been a MAHOOSIVE simplification in the message. I'm going to try and be objective about how Frome got to where it is now, and if I end up being political, then hey, shoot me. What I can promise is that I'll miss a load of it out - please add things in comments.

1970's - Merlin Theatre built, run by professional staff with volunteer support.
1980's - David Heath (LD), as leader of Somerset County Council approved the new bypass for Frome, allowing the Town Centre to be developed properly and stopping it being a massive through-route.
David Heath also approved and funded the new Library and Black Swan Arts Centre.
1990's - Labour acquired the Cheese & Grain building and set it up as a music venue.
A group of people got together to build the European Community of Stones, an amphitheatre on the campus of Frome College, with stones from each of the initial European Member Nations.
The Frome Memorial Theatre trust was set up, turning the theatre into a functioning, successful venue with huge volunteer support. 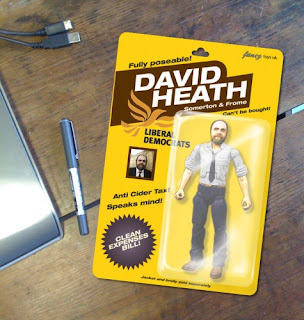 2000's - Frome benefits from massive infrastructure investment from the LibDem County Council, funding for theatres, arts outreach and entertainment for young people.
Frome Festival was launched and was a great success.
2000's - various brilliant ventures set up by local people including The List magazine, the Artisan Market, Frome FM, the Cobble Wobble, Christmas Markets and Frome TV.
2009 - Frome is included in the Tour of Britain cycle race, in large part thanks to Cllr Alvin Horsfall who funded it as part of his County Council portfolio.
Lib Dem run Frome Town Council purchased various pieces of land including an area near the River Frome and an area on North Parade - now public gardens.

The latest innovation, and something I'm a big fan of is the Loop de Loop Cafe, near the Library in the Town Centre. Was it Council Funded? Yes, in a small part. Largely it was funded by local people who love a new project to get behind. The scheme was the brainchild of a local person who wanted to turn a disused toilet block into a cafe and art gallery. It's been a great success. The point I'm making is, it's been a great success because it was powered by people who got off their backsides and did something. Yes, it had political support, but I dare say it would have been a success without it.

What's happening at the moment is a real battle for Frome's identity. It's interesting. I don't think it's a battle between 'old Frome' and 'new Frome' - something I've been accused of believing before. It's a matter of people trying to commandeer what a great place Frome is for their own benefit. The Independents at FTC will claim it's all down to them, just as LibDems propbably do too. In all reality, it's down to the people - most of whom are apolitical and just get on with things regardless.

The thing that annoys me most, is that most of the articles use the fact that celebrities live here as a way to hang their articles. Yes, some famous live here, but actually, a lot of the ones quoted don't. Pearl Lowe and Danny Goffey live in Frome - nope, not any more. Kevin McCloud lives in Frome - no, he lives a little while away. Mariella Frostrup lives in Frome - don't think so. The real point, is that the people who live in Frome, live in Frome, and they make it incredible. It's not thanks to tenuous links with celebrities - but, yes, that one off Hollyoaks did once brush past me in the Golden Goose. 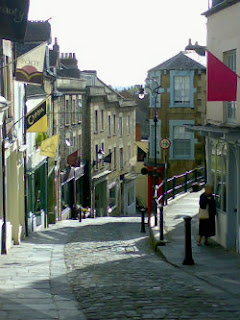 It's probably also not thanks to politicians as a whole either - of whatever stripe. That isn't to say that Councillors and MPs haven't left their mark. David Heath, currently the Minister of State at DEFRA would have Frome written through him if he was cut in half. His fingerprints are all over Frome, whether it be the Arts Centre or the current artisan boom. Similarly, people like Phil Moakes (once a Councillor, now Mr Frome FM) and Jock Garland had a massive part to play. Just as with so many places, politicians can and do play their part in shaping success - I became a Councillor in the hope of doing the same.

If there's been a revolution at all, it's been the fact that local people have realised that waiting for the Council to solve their problems is generally useless, and that, if they want something really cool to happen, they do it themselves. Whilst Councils need to be more responsive and more effective - I hope that Fromies never lose that spirit.