I blame the LibLabCon for the rise of UKIP

Do you know what's really interesting? The number of people who have woken up to the horrific results today and are shocked that UKIP did so well. I don't find it particularly shocking, I have to say. It's a very natural progression in something that has been happening for a very long time, and it's a progression that should scare LibDems to death.

In 2009, I started knocking on doors in County Council elections here in Somerset. The two things we heard most were about MPs expenses and immigration. What did we do? We said, 'Oh, I understand your anger, but we have a really great local record here...'
A year later in the General Election, expenses had died down, but again, a portion of people canvassed talked about immigration. We said that we understood, but that the Conservatives capping plan was unworkable and that we had a great local MP.
In 2011, I was elected to District Council here in Frome, and during that campaign, people were talking about immigration and benefits, and all I said was that it wasn't something I could do anything about as a Councillor.
Last year, in the County Council elections, I won, but with a massive chunk of votes going to UKIP.
Then, last night, we lost our MEP Graham Watson, largely because we couldn't convince our known voters to turn out and vote for the Liberal Democrats. We couldn't, once again, ask them to do us a favour.

It seems to me, that actually, the rise in UKIP has been part of an ongoing problem - the fact that we (as well as the Tories and Labour) are living on the never never with the General Public. We can't, time and time again, canvass people, pretend to listen, then carry on regardless.

Now, I don't think that UKIPs rise is just to do with immigration. I happen to think that this government has done a lot to allay fears on this particular issue. It's far more to do with a general distrust with the three major parties - it's a lack of belief and a lack of hope that people might keep promises.

The sad thing, for me, is that people with legitimate fears about very legitimate issues will have voted UKIP this week. Not because they're racist, but because UKIP is the only party speaking to them. I happen to think that if one of the three main parties had made a strong and reasoned stump for EU reform, many more reasonable minded people would have fallen back from UKIP. This should be shameful to both Labour and the Tories - when met with a challenge, they shirked it because they were scared of UKIP voters.

And the LibDems? We made an unabashedly positive case for the EU, and we lost all bar one of our MEPs. Now, we can blame this on Nick Clegg as much as we like, but I'd argue that it has just as much to do with the fact that our views on the EU aren't too close to those widely held by the British public. We campaigned for the EU when, for decades, people have been taken in by anti-EU rhetoric.We campaigned for the EU when people have been sold half-truths for years. I don't think we should be surprised by the result.

Again, this is a case of LibDem positioning being too many steps ahead of where the British public actually is. I'd argue that it wouldn't be anti-European to demand reform. It isn't pandering to the right-wing, it's standing up for something that I think is inherently sensible. It's also not a million miles from what many of those UKIP splitters were thinking.

So, it's easy for us but dangerous of us to think that there's been a massive rise in racism or xenophobia in the UK. It's easy because it absolves us of any part in the whole sorry affair. I'd argue that far more, many of those people voting for UKIP had to do so because they were left with very little choice. In my mind they've actually been cheated by UKIP, because UKIP don't stand for the moral values British people have. They're the same grim, sleazy politicians we got shot of before 1997. 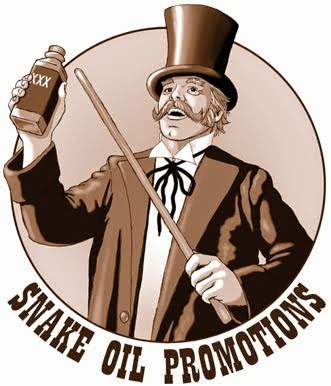 This gulf, between real people and the political parties is ignored at our peril. As LibDems, we now have a massive opportunity. If we can be the party who truly listens to our electorate and speaks to them properly and with respect, I believe there's a lot to gain. Our entire campaigning model is built to give people hope in politics - if we don't, I worry about the alternative.

I don't believe a great deal of what Nigel Farage says. He's a snake-oil salesman who says only what people want to hear, and only what will gain him a few votes. But what I do agree with him on, is that we're currently led by a Westminster elite who seem more and more remote from the lives of real people. As Liberal Democrats, we must continue to work in our communities, to reengage our electorates and to give people hope in a party that listens.

The rise of UKIP is about one thing more than any other - the general public losing hope in it's politicians. That's the most upsetting part, but it's the part that we LibDems can do most to solve. We must meet this challenge.

*Oh, and sorry for using 'LibLabCon' - I don't like using their language, but it is instructive.

It's only spousal abuse - LOL.

This evening, Josh and I went to see the last showing of The Grand Budapest Hotel in Bath. We like going to the cinema, and we'd agreed to go with a friend. So, we went in and settled down to the trailers, and, as we always do, turned and nodded or shook our heads after each one to filter out what we'd like to see and what we'd happily miss.

As Metro writes - Jenko, played by Tatum, quips: ‘We’re like a power couple.’

Schmidt (Hill) adds: ‘We’re like Rihanna and Chris Brown. You’re a good dancer and sometimes you’re meaner than I’d like you to be.’ Isn't that just hilarious? Lads being lads. Jenko and Schmidt, kicking back, having a few beers, making light of the cuts to Rihanna's face. Smoking a few joints and laughing about old times, football matches, old girlfriends - that time Chris Brown attacked his partner on the way to an award ceremony.
This whole thing makes me sick.
It isn't just this ad either, though this is particularly grim. In February last year, the Daily Mail ran a piece about Chris Brown 'opening up' about his 'greatest regret'. Really? The Daily Mail does it's fair share of story slanting. We have scrounging immigrants, workshy single mothers - and what for Chris Brown, someone convicted of assault? Does he confess? Does he come clean? No - he 'opens up'. Even the language of this whole affair is riddled with the inherent bias of a celebrity hungry media.
My family has had experience of the hell of domestic violence and let me say - abuse of any kind is never funny. When people laugh at the abuse Rihanna suffered at the hands of Chris Brown, they devalue the experience of people across the world who have lived this kind of hell. They might be pop stars, they might live lives that we all could only ever dream of but laugh at this, and you're laughing at people in refuges. Laughing at women who don't believe they could survive alone. Laughing at men who don't think anybody will believe them.
I, for one, was never going to be queueing at the Odeon to see 22 Jump Street, because it looks like a really crap film. But I hope that those who do go to see it, realise that the butt of this joke isn't Rihanna or Chris Brown. It's the men and women who have to pick up the pieces and hope that it won't happen again, while all the while, they're surrounded by a media which trivialises the crimes being exacted against them.
It's 2014 for goodness sake - we shouldn't still be arguing about this.
Posted by Sam Phripp at 15:53 1 comment: