3 Ways that Dolly Parton is a great Feminist.

So, we're all still a bit reeling from how great Dolly Parton was yesterday - yes? She's a seasoned performer, her back-catalogue is incredible and her ability to connect with people is, I believe, unrivalled. What's more, I'd argue that she's a pretty stonking feminist too - not that she'd ever admit it. When asked about such things, she usually responds with the same thing, that she would have been the first person to burn her bra, but it would have taken the fire department four days to put it out. This is part of Dolly's thing, she doesn't really get involved in politics and she actively makes sure to brush away issues that might be contentious. She supports gay marriage, but in just about the most socially-conservative friendly way possible - "I think everyone should be with who they love, I don’t want to be controversial or stir up a bunch of trouble but people are going to love who they are going to love. I think gay couples should be allowed to marry. They should suffer just like us heterosexuals." Basically, speaking politically, her messaging is impeccable for her market. But, in some really important ways, Dolly is a feminist icon. Here they are, y'all. 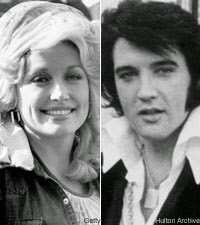 1. Dolly sticks it to the man on a regular basis. The music industry isn't the easiest place to be a woman now, and it certainly wasn't when Dolly started out. But, when Elvis asked to cover 'I Will Always Love You' and his manager demanded the royalties, Dolly told him where to get off. This was only a few years into her career and it would have meant one of her most famous songs being covered by The King, but Dolly stood her ground. In an interview she had this to say - 'Then when Whitney did it, I got all the money for the publishing and the writing, and I bought a lot of cheap wigs with that!' Damn, girl. 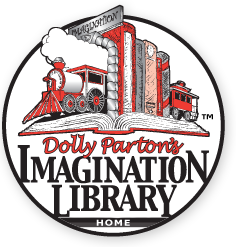 2. Dolly is using her vast wealth doing something incredible - educating people. Unlike many of today's celebrities, Dolly doesn't use her wealth or status to hawk wears in the same way that others do. It's interesting, on the way to her gig at the weekend, I passed a shop offering tans endorsed by the Kardashian sisters. In effect, in doing this, they're suggesting that to be as successful as they are, you should look like them. Dolly's Imagination Library gives books to children from their birth to the time that they start school, unlike the Kardashians, Dolly's message is clear - if you want to be successful, you'd better do well in school. What a refreshing idea that is.


3. Dolly has been married for 48 years, and you've probably never seen her husband. She married Carl Dean in 1966, and they celebrated their anniversary ten days ago. Rather than being some sort of 'power couple', they're very rarely seen together in public and Dean almost never sees Dolly perform. That's odd isn't it? No, it isn't. They're both successful people in their own right. When was the last time your partner popped into your workplace to check on how things were going? As the couple look toward their fiftieth wedding anniversary, I think the fact that neither one 'wheels out' the other (unlike many politicians and celebrities) is really cool.
Posted by Sam Phripp at 11:58 No comments:

Was Dolly just miming at Glastonbury?

There are a few rumours on Twitter at the moment that Dolly mimed during her Glastonbury performance. There are a few things I'd like to point out, because rumours like this are only slightly less annoying than people being all 'OMG, does Gamu really sound like that?'.

1. OMG, but it totes looks like she's miming.
And you're watching on the BBC Coverage? Yeah, it does look like she's miming, because there's a glitch in the sight and sound syncing. When I watched it on the live stream, no such glitch appeared, in the edit, they've bungled it and she's out of time. It's actually really annoying if you're watching it, and I'd argue the BBC should have better production value considering how much money they spend on Glasto. The tell-tale sign of this, is the fact that Dolly's also out of time whilst speaking, and her backing singers are out of time.

2. OMG, but it really looks like she's miming!
Notice that she very often uses two microphones at the same time. During this performance, Dolly had a gold handheld mic, and a flesh coloured mic attached to her earpiece. My guess would be that the flesh-coloured one was the one she was using the whole time and the gold one was a prop.

3. OMG, but it actually looks like she's miming.
During the two parts where Dolly used instruments, I believe the instrumentation *was* mimed. The Benny Hill sax skit, and the fiddle piece probably were mimed. I do think she can play those instruments, but I also think she's a professional who wants a tight show.

4. OMG, was she miming though?
You'll also notice that if she *was* miming her vocal, the blends between her speaking and singing were incredibly well done. On the balance of probability, I don't think that her Glasto set was so well planned and rehearsed on the main stage that they were able to blend in and out between spoken and sung word that quickly.

Okay, so I'm being extreme in responding like this, but accusations like this really annoy me, because people so often know so little about lip-sync. It annoys me that a pro like Dolly would be accused of these things, when people like Katy Perry (who I'm also a massive fan of) uses forms of mime ALL THE TIME. So, there are a few versions.

1. Full mime. This would effectively be a singer not singing at all and 'miming' to a backing track - either the original track, or a *live* version recorded in a studio. A good example of this would be this performance by Delta Goodrem when she opened the Commonwealth Games. It's a *live* version recorded beforehand and slotted in with plenty of reverb to give it an arena feel. I imagine they did it because it'd be pretty mental for anybody to sing in the middle of those firework dancers.*
2. Part-mime. This is something really often used for big performances used on TV shows or awards ceremonies. Often, artists will perform along to a backing track where their vocals are included in some parts or all the way through. So, if you're Madonna and you're going to be doing a crazy routine, you might have your recorded vocal overlaying your live one, so that you have some breathing space if you're missing words out. An example, I'd say is this performance of Roar by Katy Perry on the X Factor. I'd argue that she's singing live and unassisted on the verses (note at the opening) but that her recorded vocal comes in to overlay her on the chorus. I don't blame anybody who does this really, especially with big production numbers.
3. Totally live. Like this performance of Blue Smoke by Dolly on American TV. I'm pretty sure she's totally live, you can see how she drops a few notes here and there, you can hear her breathing - things you could hear during the Glastonbury set too.

My experience in A&E today

So, this afternoon my Dad had an appointment with his GP. It wasn't scheduled, he had a flare up of a long-running chest infection, he called, and he was able to see her on the same day. Good service, eh? She told him that he needed to go to the Royal United Hospital in Bath, we got him there, they were expecting him and moved him straight through to the Observation unit, where they took blood, temperature, heart rate and blood pressure. He was seen by a doctor, whose bedside manner was incredible, who took time to explain everything and who couldn't have done more to make sure Josh and I understood everything that was happening. We left as he was waiting to be taken down for an X-Ray.

All in all, a very quick list of everything that I love about the NHS. High quality care, delivered quickly by people who are clearly passionate about what they do.

One thing that I noticed, however, worried me quite a lot. In my Dad's cubicle was a blue poster, which said -

'How was your care today? Would you recommend this unit to a friend if they had similar care needs?'

Now, I'm sorry, but when on earth did the NHS go all TripAdvisor on us? I'm going to be candid here. I'm generally a very healthy person bar an extra few pounds, but if for some reason I was unwell, I wouldn't give a monkey's uncle what other people thought of the hospital. What I would care about was that the hospital was reasonably nearby and would take good care of me.

Now, of course, what patients think of the care they're receiving is imperative for the NHS to improve. But recommendations? Really? To me, this is the end point of the pointless competition culture within public services driven by the Tories, and by New Labour, and still being rolled out by the coalition. I don't believe that hospitals should be market driven, particularly. I think that if my leg's falling off, who is competing for my business is inconsequential. Does anybody really think that my Dad would have ever thought 'Oh, well I can't really breathe at all, but Circle Bath have flowers and a menu... what to do... what to do...'

It's not just the NHS. Michael Gove's remorseless move on the education system has the same effect. 'Which school should my child go to? Well, we'll have to see which school competes for him more!' - rubbish.

It's about time we realised that trying to enforce some kind of phony competition culture in public services that we treasure is a waste of time. Instead, how about we focus on ensuring that high quality healthcare is available relatively locally? That's what I care about, it's what I want for my Dad, and it's what I'll want for my children.

In other news, I'd give the RUH five stars for Service and Value, four for Sleep Quality and I didn't use the pool or fitness room, so couldn't possibly comment. Absolute bloody madness.
Posted by Sam Phripp at 14:48 1 comment: